Join Our Circle Of Friends!

There are many ways to get involved and support Riverside Foundation! Learn about how people all over the community volunteer their time and talents to help out for our cause, or how to make a difference by providing financial support. Get involved today.

Recognized for their years of significant contributions and
generous support of Riverside Foundation.

Ways To Get Involved

Volunteer support is always welcome at Riverside Foundation through your gifts of time, talent, and treasure.

The Riverside Foundation receives support from several organizations that help residents connect as a part of a community.

Thanks to our corporate partners, Riverside Foundation has been able to touch and enhance the lives of more than 500 residents since 1976.

Riverside Foundation Work & Activity Center does more than simply help our clients acquire skills, self-confidence and a sense of accomplishment. 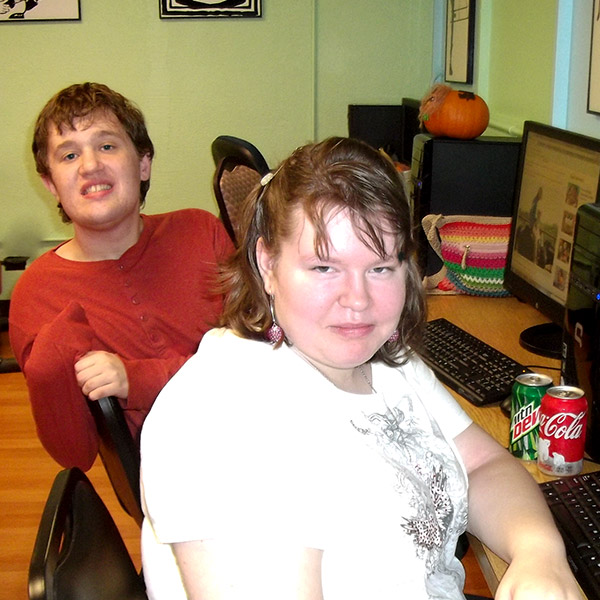 Nicole Karda & Josh Weiser have known each other since 2011, when they were friends and schoolmates at the Sally Potter school. Josh came to Riverside Foundation in February 2011 and Nicole followed in July of that year. They continued going to school together until Josh’s graduation in 2012. They like many of the same things and can often be found surfing the internet together. Nicole and Josh also enjoy going to dances, CEL programs, shopping, movies and dinner outings with each other.

"Riverside is a wonderful place. I have been associated nearly 20 years as a donor, volunteer and board member, and I have gotten more out of my association than Riverside has gotten out of me."

Riverside Foundation relies on your donations to provide updated and enhanced equipment as well as innovative programming for our residents. Your generosity is guaranteed to have profound impact on someone’s life. You can make a difference!

Concealed weapons are not allowed on premises